The Republic of Slovenia lies at the heart of Europe, where the Alps and the Mediterranean meet the Pannonian plains and the mysterious Karst. To the north is Austria; to the east, Hungary; to the south, Croatia; and to the west, Italy. Slovenia became an independent state in 1991 and a member of the EU on May 1, 2004. Situated at a cultural crossroads, Slovenia has always been a place of high artistic achievements. Arts and culture have had a special position in the history of the Slovenian nation and have compensated for the lack of its own state and political institutions in the past. A rich cultural life and far-reaching institutions, organisations, and cultural societies are comparable to the most developed European countries. 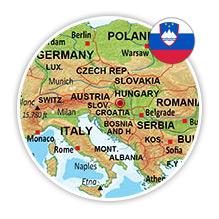 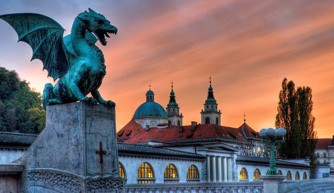 14 days from Vienna to Zagreb

Trafalgar : 14 days from Vienna to Zagreb 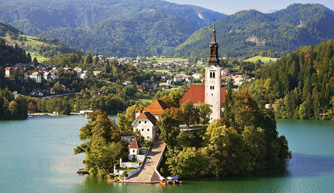 17 days from Vienna to Vienna

Trafalgar : 17 days from Vienna to Vienna