The Land of the Dragon, China is a vast and extraordinary country spanning thousands of miles from the deserts in the west to the ocean on the east. Filled with surprises, you can expect the unexpected. 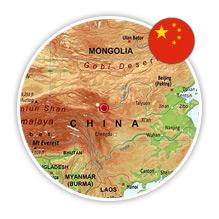 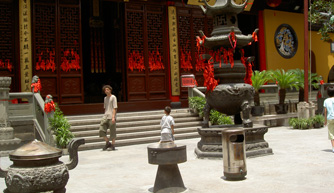 9 days from Shanghai to Beijing 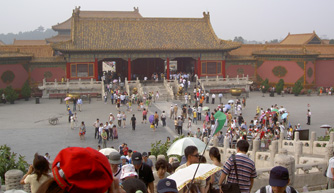 11 days from Beijing to Shanghai

Beijing, Xi’an, Guilin, Shanghai (with an excursion to......

Globus family of brands : 11 days from Beijing to Shanghai

Beijing, Xi’an, Guilin, Shanghai (with an excursion to Suzhou), Shanghai 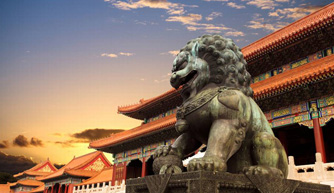 12 days from Beijing to Shanghai

Globus family of brands : 12 days from Beijing to Shanghai 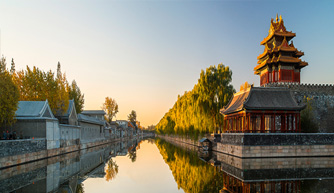 10 days from Beijing to Shanghai

Trafalgar : 10 days from Beijing to Shanghai

The Land of the Dragon, China is a vast and extraordinary country spanning thousands of miles from the deserts in the west to the ocean on the east. Filled with surprises, you can expect the unexpected. It isn’t just about the magnificent cities of the central and northern plains or the spectacular countryside scenery of the south we all hear about. There’s a whole variety of activities in between for those who want to get out and explore further. For the trekkers who want to climb to great heights and find ancient treasures. For the wanderers who enjoy meandering aimlessly for hours in the search of a pocket of local life you won’t find written in a guide book. And for the spontaneous who embrace the unexpected and revel in being lost in a world so completely different to their own.
From the wide open and empty panoramas of Tibet to the push and shove of Shànghai, from the volcanic dishes of Sìchuan to beer by the bay in seaside Qingdao, a journey through this colossus of a country is a mesmerising encounter with the most populous, perhaps most culturally idiosyncratic nation on earth.

Best Time to Visit
Travel to China is possible year-round, as long as you’re prepared for what the season can throw at you. But to get the most out of your China holiday, visit during the spring months i.e. March - May or autumn months i.e. September- October. During these months the temperature is average with little rainfall. Most importantly you will escape the blistering heat of the summer and the biting cold of winter. Also you avoid the peak tourist crowd when travelling during these months.

Visit the Great Wall of China. The construction of the Great Wall began over 2,000 years ago. Today the Great Wall winds its way across China covering over 5,500 miles (8,850 km). In fact, the Great Wall is actually made up of a number of interconnecting walls spanning China that different dynasties and warlords constructed over the years. A word of advice - go to the MuTianYu Great Wall section over the Badaling Section. Badaling may be the more popular section as it is closer to Beijing, but the MuTianYu section is far less crowded.

There isn’t a more traditional Chinese moment than taking a bamboo raft down the Li River. Surrounded by beautiful karst formations of Yangshuo, you drift through the mist and take in the scenery as fisherman fish as they have for thousands of years. Get up early to avoid the crowds.

Tour the remnants of the Terracotta Warriors near the city of Xian. Discovered in 1974 when a local farmer was digging a well, the terracotta army, buried in 210 BC with the first emperor of the Qin dynasty, is a breathtaking site. Thousands of life size clay warriors stand guard at this site, each of them having a unique face, hair and armour style appropriate for their ranking. The Emperors tomb has yet to be excavated but there is plenty to see as you walk the grounds of this amazing archaeological site.

Leisurely drifting along the Yangtze River is a must if you enjoy slow travel and taking the scenic route. Winding past steep cliff faces, through stunning gorges and passing by picturesque hilltop villages, it’s a juxtaposition of sorts but an alternative mini adventure to overland travel as you make various stops to tucked away small towns and hard to reach temples along the way. At the Yichang end you also get to tick off another of China’s famous sights – the enormous Three Gorges Dam – one of the largest hydro-electric power stations in the world. And you get to boast that you cruised on world's third largest river!

When in China, how can you escape Kung Fu and Shaolin martial arts! A UNESCO World Heritage Site, Shaolin Monastery or Shaolin Temple is a Chán Buddhist temple on Mount Song. Founded in the fifth century, the monastery is long famous for its association with Chinese martial arts and particularly with Shaolin Kung Fu. While here make a side trip to the Pagoda Forest, also a UNESCO heritage monument. It refers to the 228 stone or brick pagodas built from 791 AD during the Tang Dynasty until Qing Dynasty.

Visit Potala Palace, the former seat of the Dalai Lama. Now a Chinese museum, the Potala Palace is located in Lhasa and is famous for its imposing white walls surrounding the inner red palace. The building sits at 3,700 meters or over 12,000 feet.

Walk on the world’s third largest city square – Tiananmen Square, in Beijing. Flanked by stern 1950s Soviet-style buildings and ringed by white perimeter fences, it is an immense flatland of paving stones at the heart of Beijing. With the towering Monument to the People's Heroes at the centre, Tiananmen Square has the magnificent Tiananmen Tower in the north, the solemn Mao Zedong Memorial Hall in the south, the National Museum of China in the east and the Great Hall of the People in the west. Surrounded by these lofty buildings, the Square looks most splendid and majestic. The square is also a conglomeration of splendid and beautiful flowers and the red national flag which flutters in the wind.

Visit the Giant Pandas of Chengdu. The national animal of China, the Panda is a cute and almost cuddly animal that unfortunately is on the endangered list. However the Panda Research Base in Chengdu is doing its best to raise them in this breeding facility and to keep the official face of China alive and well for years to come.

Be brave and try the local cuisine. Ordering your food in China mostly requires you to look at a variety of images, point to a few things and hope for the best. But the fun part is not knowing, and getting to try all manner of local dishes. Travelling in China will quickly force you to try new things and find a whole new level of delicious. The fun is in trying to work out what the picture represents and deciphering the amusing names and descriptions that sometimes come with it!